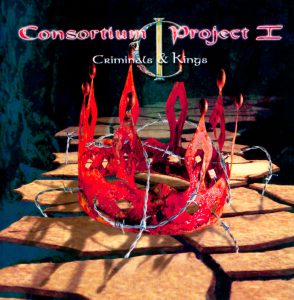 At first the changes in society went unnoticed. People either turned a blind eye, or tolerated the manor in which the authorities suppressed any outspoken views. Until that is, the tragic assassination of President Kennedy. Loved and admired by millions, he represented hope who supported freedom of speech for all. In reality however, this was not to be. Although the planet had survived two world wars, the impact of Kennedy’s liquidation (as it became known), would cause a ripple effect globally. A select few who’s motives would change the balance of power, had gathered secretly. They implemented their totalitarian ideals, with one aim to create a new world order. To do this they manipulated an innocent and honest electronics genius, who had developed a method to communicate globally using electronic messages. His dream was to bring people closer together. He never once considered that this would help create endless opportunities for greed and corruption. It opened up an unlimited access to secret information by a technique known as downloading & illegally copying.

Gradually the world’s economies would collapse like a “House of cards”. Nothing would be safe on the electronic information highway. Behind closed doors, a “Banquet for thieves” devised a clever and secret system. By using the existing analogue telephone lines, they linked their agents from any location around the world, via electronic messages or e-mails as it was called. Systematically they infiltrated and influenced governments worldwide. What they didn’t anticipate however, was these corrupt methods and a low regard for human life, would be the catalyst in creating an “Evilworld”.

Although friendship was replaced by immorality, all was not lost. Quote a “Garden of eden” cannot be born from a seed of deceit, wrote a highly respected tabloid journalist. This brave lady made a deductive analysis of an anomaly within the corridors of power. This she so aptly named “The entity”. Their corruption was embedded so deep, that even the very foundation on which society was based would be altered. They systematically liquidated every prominent outspoken figure, using the lone gunman scenario as a cover-up. However they never anticipated that “Change breeds contempt”, as thousands marched the cities in protest. People began to lose faith, influenced by the images of a truth less world. The historical phrase “I have a dream”, was soon replaced by a widely used expression “A Miracle is all we need”.

Gradually hope and dismay turned to fear. A new world leader who promised to end all wars, was indicted and eventually removed from office. “The Snake” as he became known, was the last hope for people. Had the world become a breeding ground for “Criminals & Kings”, full of ignorance and tears?

Paranoia spread like a “Chain of fear”, in the minds of millions of decent people. Now all hiding quietly in shame, amidst a backdrop of suffering and pain.
Finally the world was held hostage by this secret society. What had they created. Prejudice ran rampant. A generation founded on anger and disrespect was born. Even though these men of Evil had opened a “Pandora’s box”, a struggle for freedom and justice began. A woman of courage would lead the way on a “Humanitarian” crusade. Her sole aim in life to rid the world of this secret society, restoring peace and humility…once…again!