PENTALOGY – Contains 50 remastered tracks taken from the 5 Consortium Project albums in one download via CD BABY!

“I thought it was great to celebrate my birthday remastering 50 of the most powerful tracks from my 5 Consortium Project albums and share Pentalogy with everyone. A special 50 tracks for the price of one album. Hope you like it Cheers”. 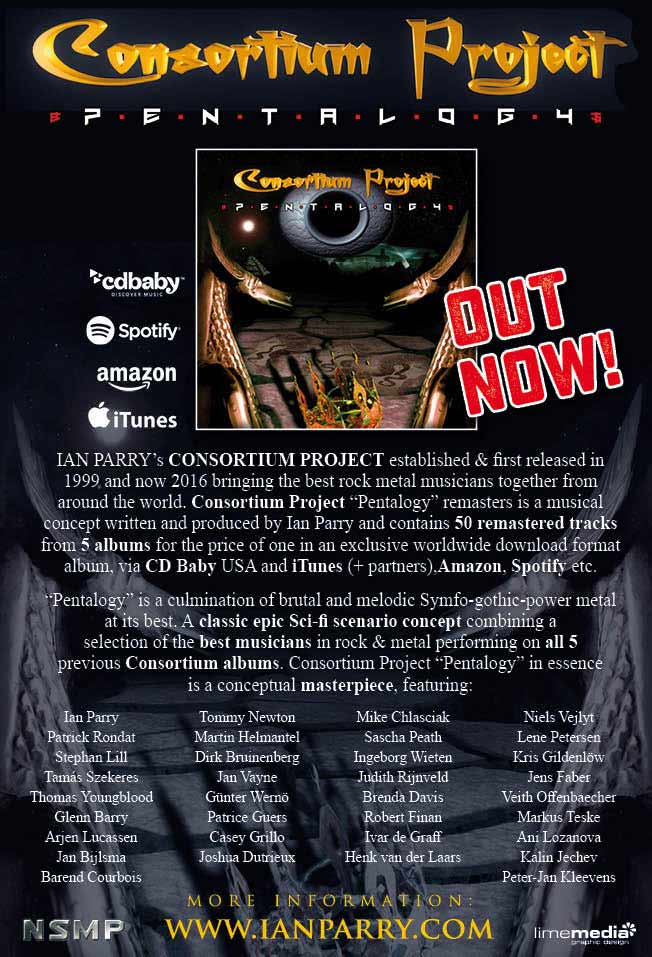 For those whom wish to order the complete Consortium Project I to V:

Please go to my webshop!